The history of some of the more popular Swiss Watch brands dates as far back as 1735. Swiss watch makers today draw on a tradition and craft that has been built up over centuries. So, although many Swiss watch manufacturers use the most modern techniques and technology, their craft is one that runs deep in their blood.
Is for this reason that Swiss watch companies are still so renowned for their high quality and why many of these watches are even more popular today than they were 100 years ago. There are numerous brands to choose from. However, there are a few that stand above the rest and are the most sought-after watches and famous Swiss watch brands available.

One of the most well-known and most popular Swiss watch brands is Rolex. This is partly because Rolex watches are a well-recognized status-symbol. The Rolex brand has a rich history that had developed since 1908 when the name was submitted for the trademark. Rolex watches are distinctive and breathtaking. Today it is still one of the most counterfeited watches around the world. An authentic Rolex will cost at least $4800.00 with many styles that will cost over $45,000.00. You can find pre-owned watches for as low as $2500.00 depending on the age and style of the watch.
Some of the most popular lines include the Submariner, Oyster Perpetual, the Yachtmaster-II, Day-Date, Datejust, Daytona, and the GMT Master II. It is a wide enough range that there is one for every taste, from the stylish dress watch to a rugged outdoor one. The most popular Rolex is probably the Rolex Submariner although the Rolex Daytona has a huge following too. 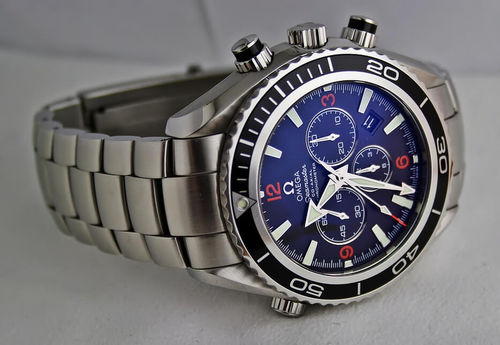 Omega is probably the second-most famous Swiss Watches. In popular culture, it is renowned for having been adopted by James Bond (who traditionally used to wear a Rolex). More important is the fact that Omega was the first wristwatch that was sent to space. In the past, these watches were something of a poor man’s Rolex, but in recent years Omega Swiss watches have managed to re-establish their reputation in their own right.
The leading Omega is the Speedmaster. In times past this was thought of like a cheap version of the Rolex Daytona. But since it was selected by Nasa, it is now widely known as the first watch on the moon. Nasa notes that although it was never specifically designed to be used in space, it performed admirably. In space-walks it was worn on the outside of the space suit. It was, Nasa says, still worn on many current missions too.
Click here to get more details about these two watches.